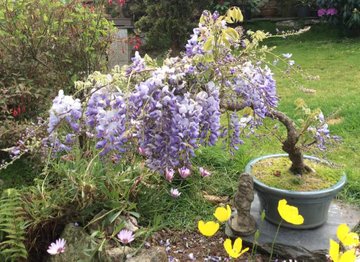 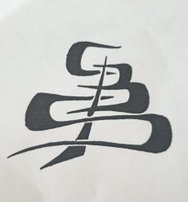 Worthy of note, Nina Couch attended the 1987 club meetings and became a member in 1988. She is still a member today.

The original logo of the Cornish Bonsai Club

The Cornish Bonsai Club's first display at the Cornwall Coliseum, 1988. 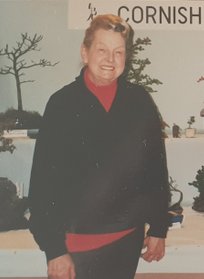 The Cornwall Bonsai Society is a friendly group of enthusiasts who meet regularly to promote and enjoy the art of bonsai. We welcome all aspects and views about our hobby. Each and every persons' view point is valued and considered, from both the novice grower to the more experienced member. We are a non-competitive society whose sole intention is to care for our trees and members equally. 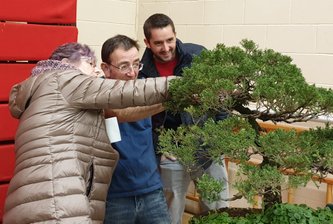 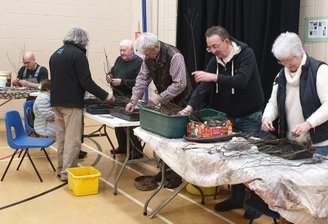